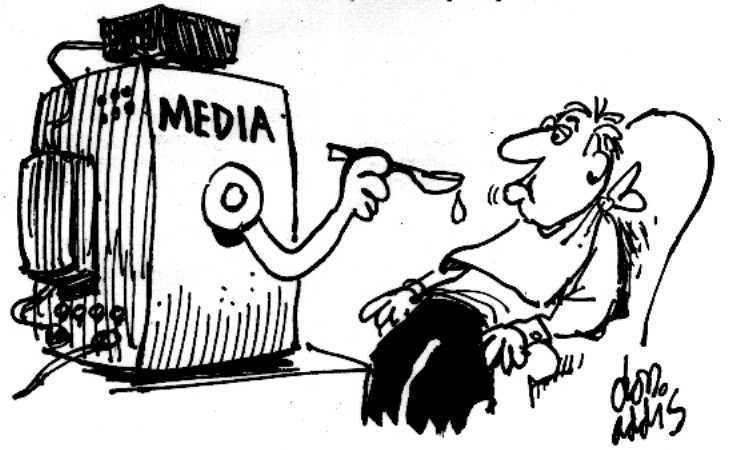 On June 28th 2014, Gregory S. McNeal of Forbes published an article explaining how Facebook run an experiment as part of which news feed of users were manipulated to generate specific emotions. From the article:

Facebook conducted a massive psychological experiment on 689,003 users, manipulating their news feeds to assess the effects on their emotions. The details of the experiment were published on the article "Experimental Evidence Of Massive Scale Emotional Contagion Through Social Networks" published in the journal Proceedings of the National Academy of Sciences of the United States of America.

More recently, we witnessed the phenomenon of fake news and shameless manipulation of information, search results and news feeds by the major social networks and search engines during the 2016 Presidential campaign. Regardless of who ended up on top and ones political view, most agree that the media has reached an all-time low in its coverage of the 2016 US Presidential Elections.

A poll from Gallup in September 2016 revealed that...

Americans' trust and confidence in the mass media "to report the news fully, accurately and fairly" has dropped to its lowest level in Gallup polling history, with 32% saying they have a great deal or fair amount of trust in the media. This is down eight percentage points from last year.

With so little trust for mainstream media and the clear understanding that one must access news from multiple sources in order to get a decently accurate view of the events, memosnag created a crowd-sourced news feed in its surf page that gets articles from a variety of sources from allover the world and even allows users to contribute with their own content or by sharing articles, blogs and videos of their liking.

"The intent is to provide the reader with all points of view, with no filter and no judgment" said one of memosnag's senior leaders. Memosnag users are also able to create their own content and collections of new articles and share them on the same platform. They can also request access to the memosnag managed feed to contribute to it by simply emailing news@memosnag.com . All content shared is displayed in chronological order, based on the time of sharing. There is no filtering nor censoring other than for adult, gambling, hate or otherwise inappropriate content.

Memosnag is free and there is no need to create an account to read the content from the surf page. Readers are however required to create a free account to comment, to create their own collections or to contribute to the memosnag managed ones.

Memosnag is available on web at memosnag.com or in the Google Play Store for Android and on the Apple App Store for iPhone (beta version).